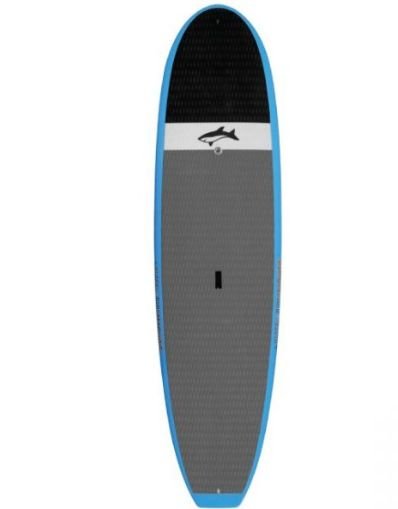 This board has the classic 60’s rocker which is a lower, straighter entry rocker that allows the nose to plane up rather than getting sucked down and pearling. A smooth rocker curve going into a pronounced tail kick which holds the tail down in the wave, coupled with the 50/50 rails which also holds the board in the face of the wave to allow sustained nose rides. The outline is a classic 60’s style parallel railed template with some hips in the tail for those smooth rolling turns and cutbacks. The board comes in a flat bottom nose for more speedy nose rides or a concave nose for “lifting” nose rides.
Single fin box set up.